Why Do Fish Jump? It’s time to answer this old-aged question

Why Do Fish Jump – an old-aged question that many anglers wonder about. Have you ever thought of this question when you were having a hard time catching something or when you were watching the fish joyfully jumping out of the water.

Isn’t it fascinating to see fish hopping in and out of the water It is as if they are competing to impress watchers.

However, their fondness of jumping cause many fishers a lot of difficulties. If you are affected then, read on to find out the reason why. 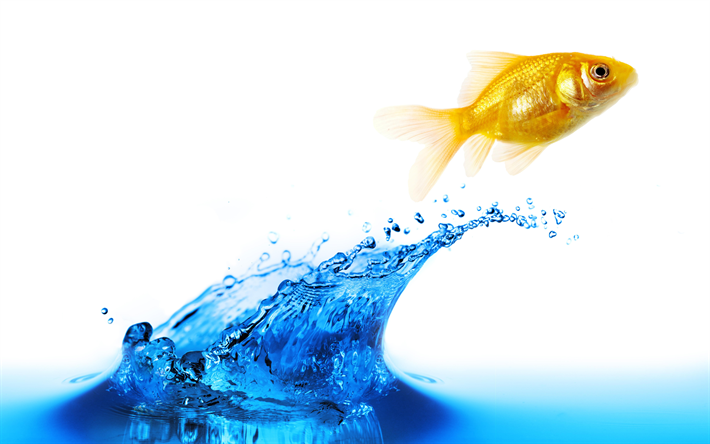 It is hard to catch fish. But it is harder to catch jumping fish. If you are wondering why they jump, then, you are in the right place at the right time.

There have been quite a few ideas on why fish jump out of the water. However, while some are scientifically proven, some others are just senseless hypothesis. Here are the best 3 reasons we have collected for you:

Insects are one of the favorite food sources for many freshwater fishes. John Franklin Rawls, a graduate student in Developmental Biology at Washington University cited that during warmer months, insects are often found in streams and lakes.

Insects spend most of their early stages in the water floating. Later, at maturity, these insects fly after they have grown their wings.

Commonly, most insects can be found either near water or often at the top of the water. The hungry fishes, then, jumps to feed. This is probably the main reason why fish jump: to catch insects for dinner.

Feeding is not the only motive why fish jump. Some jump for purposes of traveling. Fishes usually jump to exert force to travel upstream. They jump to eventually move forward up to spawn.

You might have been speculating why it’s harder to catch the jumping fish. Generally, fish swim faster when they are jumping. They need to exert more power to move forward. If you observe, you can see that they can even keep up with the motorboat you are riding.

3. Fish Jump to Free Themselves

Remember a time you lost a fish caught with your bait? They always make a struggle to escape from the hold of your hook. Then, they shoot straight out of the water.

For example, take a look at this video to see how the fishes fight and escape from the net set out for them to free themselves.

John Virata in his essay, Why Do Fish Jump Out of the Water, mentioned that fish tend to jump out of the water to release the fishhook that may be trapped to their lip. Game fish such as marlin and largemouth bass are the experts on this.

When fishing, keep in mind that these kinds of fishes would jump immediately out of the water. They wobble their head aggressively to take out the fishhook.

Make sure not to disturb their nests when you are fishing. It is advisable for you not to use motorboats when fishing. The motor’s noise can cause the fish to jump out of the water. Thus, making it difficult for you to catch them.

In addition, according to Dennis Dobson, there are two most often cited scientific reason why fish jump. First, it is either, they are trying to loosen the eggs in their skeins prior to spawning. Or they are trying to rid themselves of sea-lice.

In summary, fishes jump because they are either looking for food, afraid or is protecting themselves from a suspected predator or from a harmful habitat.

So the next time you see a fish jump out of the sea or an aquarium, you will most likely know the possible reasons why and you will know what you should do.

Fishes jump because they don’t have fingers may be an old-time joke. But now, you know the scientific and proven reasons why they do. And I think we have proven that they don’t jump just to throw that dirty fin on you, but because of more relevant and essential reasons.

Whether you are an angler, a fisher or a fish lover, getting a deeper and further knowledge on the behavior of fishes will benefit your endeavors. And we really hope that you find the information we shared with you useful and helpful in your future fishing plans.

Should you find this article informative and fun to read, don’t hesitate to share it with your friends and family.