A seasoned bass angler knows that there is nothing more efficient and exciting than having to throw the best buzzbait especially on a topwater where your prized catch awaits.

But for you to enjoy the effectiveness of a buzz bait, one must know how to choose and when to use this popular lure. And so, I’m dedicating this post to those enthusiasts whose goal is to maximize the use of their buzzbait. The optimization of this aim, however, comes with two crucial considerations: you must first understand the basics of using a buzzbait and ultimately, the choosing of your preferred product. Soon enough, this guide has identified for you the best buzzbait in the market now.

And right before I reveal the top choice, I’ll also be imparting some of winning tips you need to arm yourself with before embarking with your chosen buzzbait. 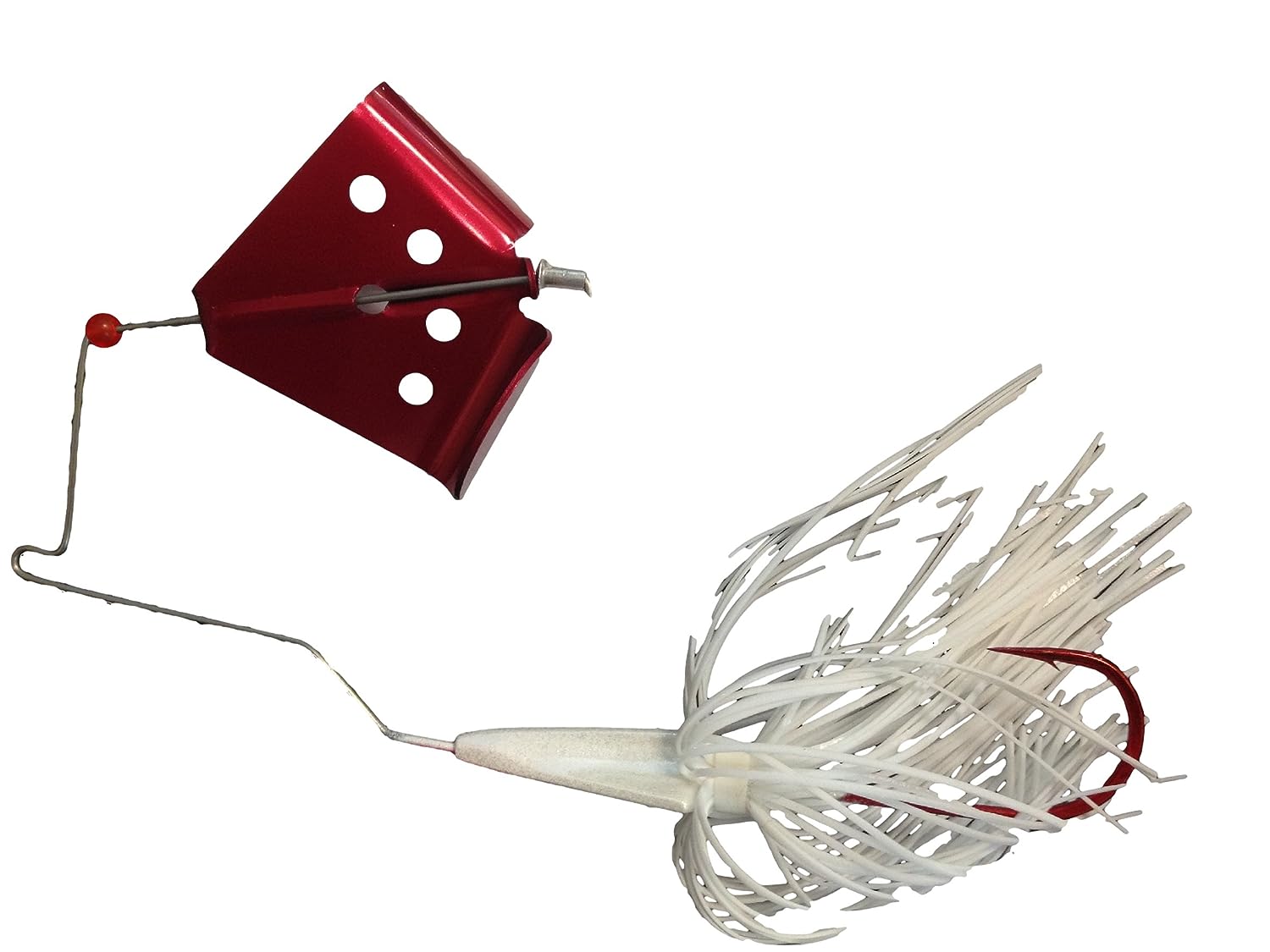 Cavitron’s MegaStrike is a proven second-to-none contender, it is currently used by numerous seasoned pros from BASSMASTER Elites and the FLW tournament trail. The product is equipped with quality components right from its proprietary blade down to its edged hooks.

The amalgam among the precision gold anodized Cavitron Prop, the STEALTH? form and the oxbow bend is noted for its unchanged structure, allowing the product to crawl slowly right on the surface. Meanwhile, air won’t be an issue when it’s being rotated in the surface as it is specially crafted to capture such magnitude as it operates. As such, this enables the item?s blade to function quicker while the rate of retrieve is slowed down. This mechanism ultimately renders this product to be the slowest buzzbait that’s ever produced. 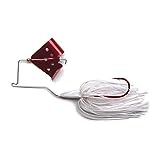 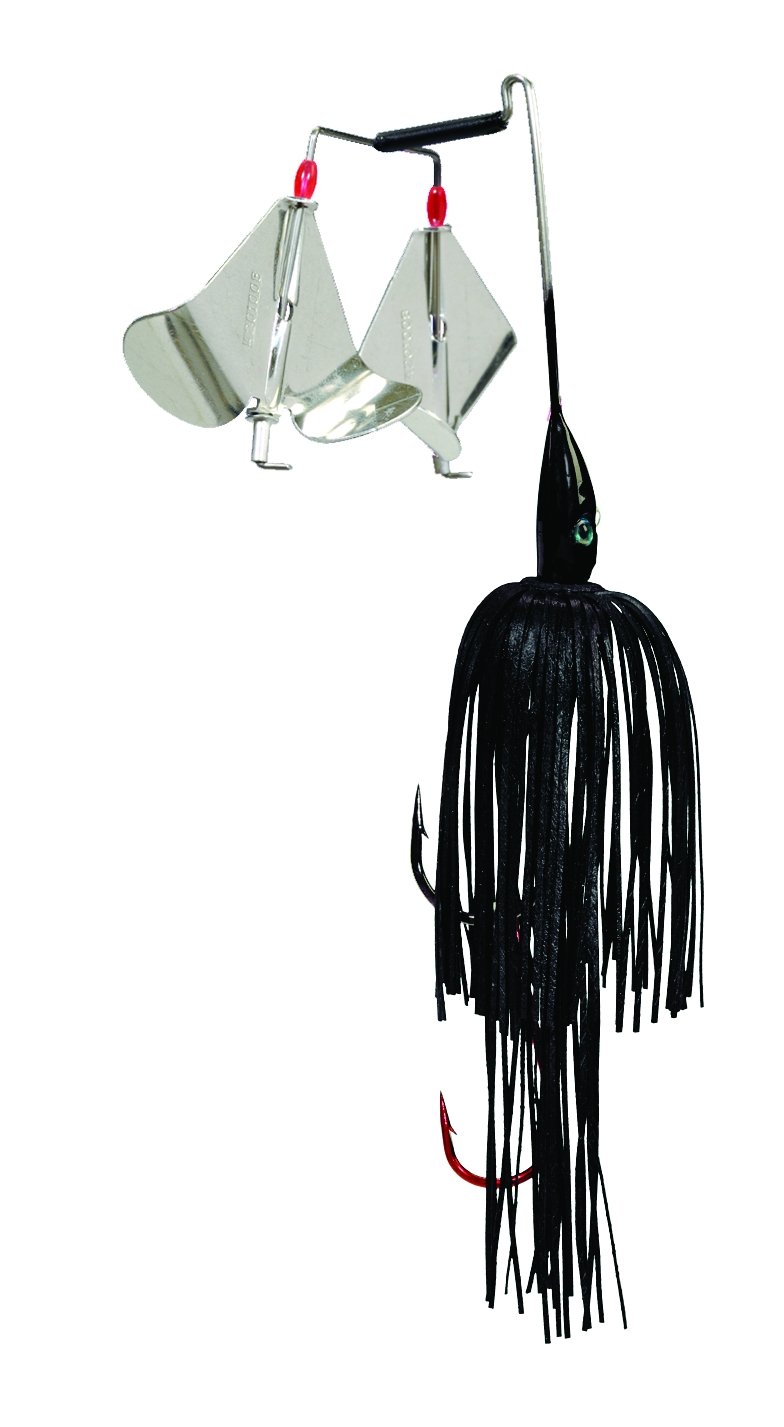 If you require an extra lift along with a slow retrieve, our second entry from Strike King won’t disappoint as it comes with twin counter-rotating blades.

Equally astounding is the product’s straight tracking and the distinctive spray water outward that creates a commotion like no other. The buzz bait is equipped with just the reliable skirt along with a fascinating set of tails and the unmistakable saber point trailer hook that is likewise pre-rigged.

The accompanying skirt is both wide and even while the tails serve as your trailer? culminating to a more action-filled output than most traditional skirts. Flexibility in its color patterns is also noted as most fishes are all bound to circle in on the bait when they reflect on the water. And with its equaled durability, one must say that this buzz bait can be used on a daily basis. 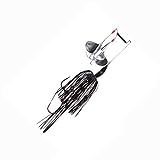 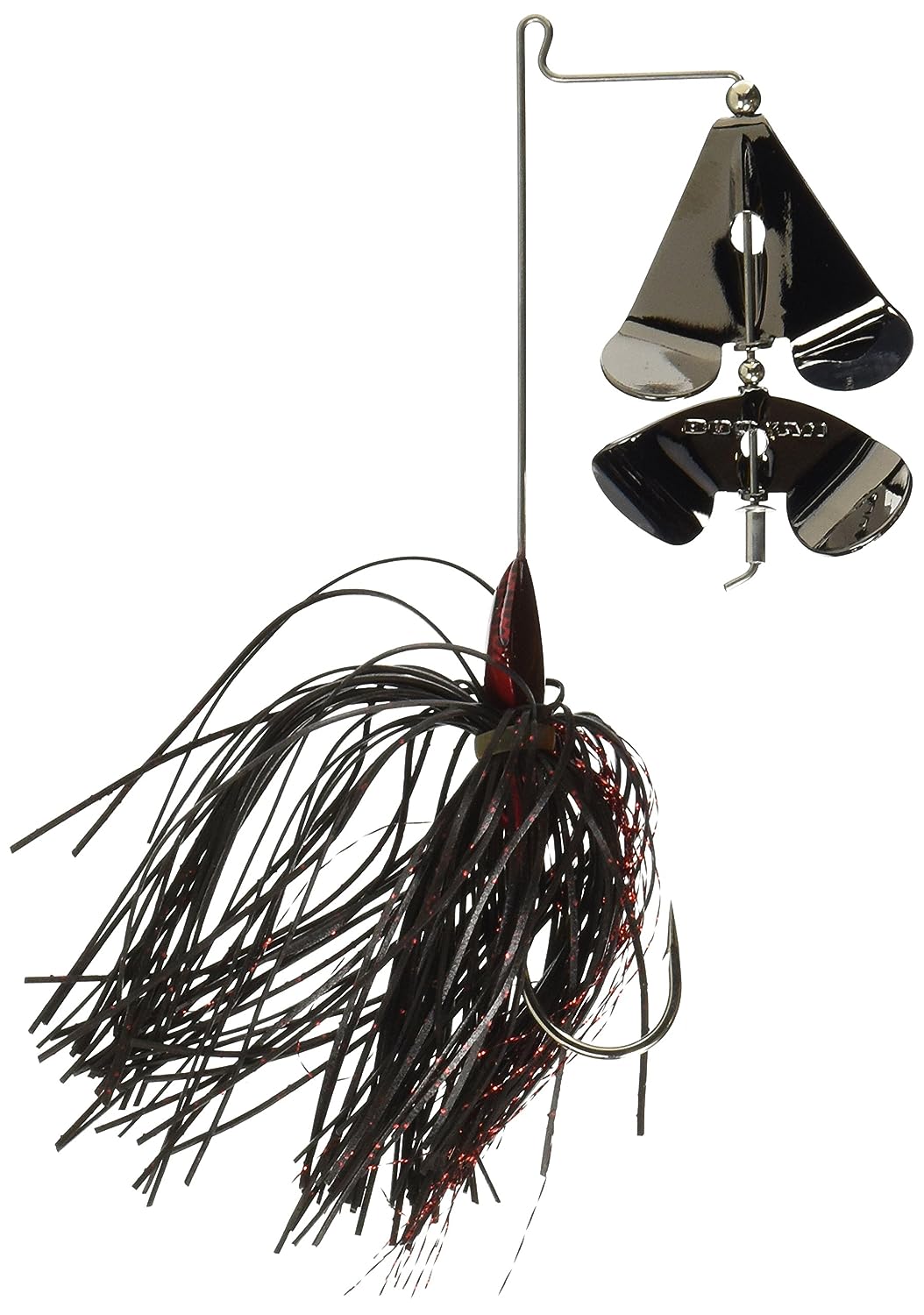 Your ultimate buzz bait can be made right from this first BOOYAH entry. The Counter-Strike Buzz’ Alpine decidedly creates a new type of buzz with its counter-rotating blades that provide excellent stability while offering a distinct sound in which most fish are not yet accustomed to.

It comes with a one-of-a-kind, triangle-shaped head that enables the bait to plane to the surface swiftly as it cuts through a thicker cover. Meanwhile, the bait’s reflection could not have been rendered more perfect as it undergoes a multi-step process of painting, resulting in scales and eyes that are nothing short of realistic. If you’re gunning for multiple, Herculean bass out there, this one might be for you. 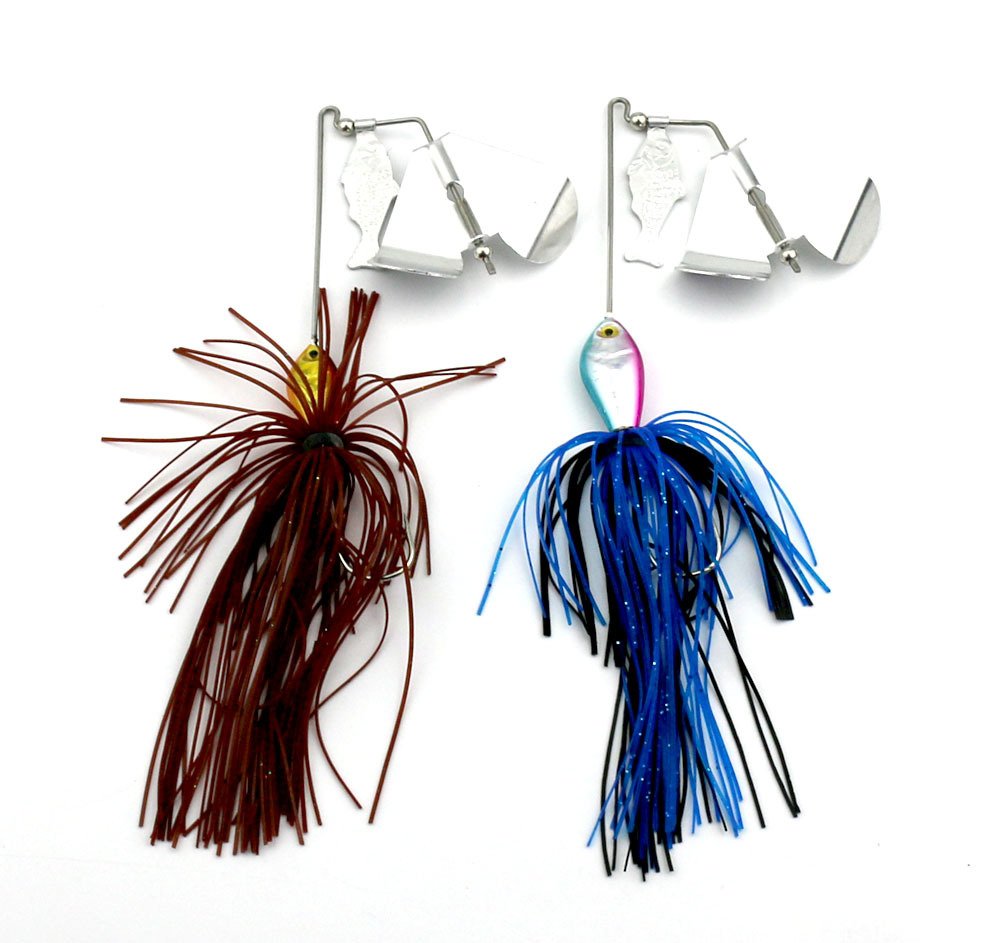 If there is something BOOYAH is known for its buzz baits, it should very well be its expertise to create a presentation that works. This is evident in its clacker-inspired buzz bait that creates a massive sound to lure many basses from afar.

Meanwhile, the mechanism behind its clacking is made to contact the bait’s blade right on each revolution, a noted click to the variant’s already sonorous offering. Booyah Buzz comes in several sizes too to cater to your other fishing situations. As such, these also come in varying multiple patterns along with a 55-strand silicone; 3D eyes and gill plates are also two of its inclusions. 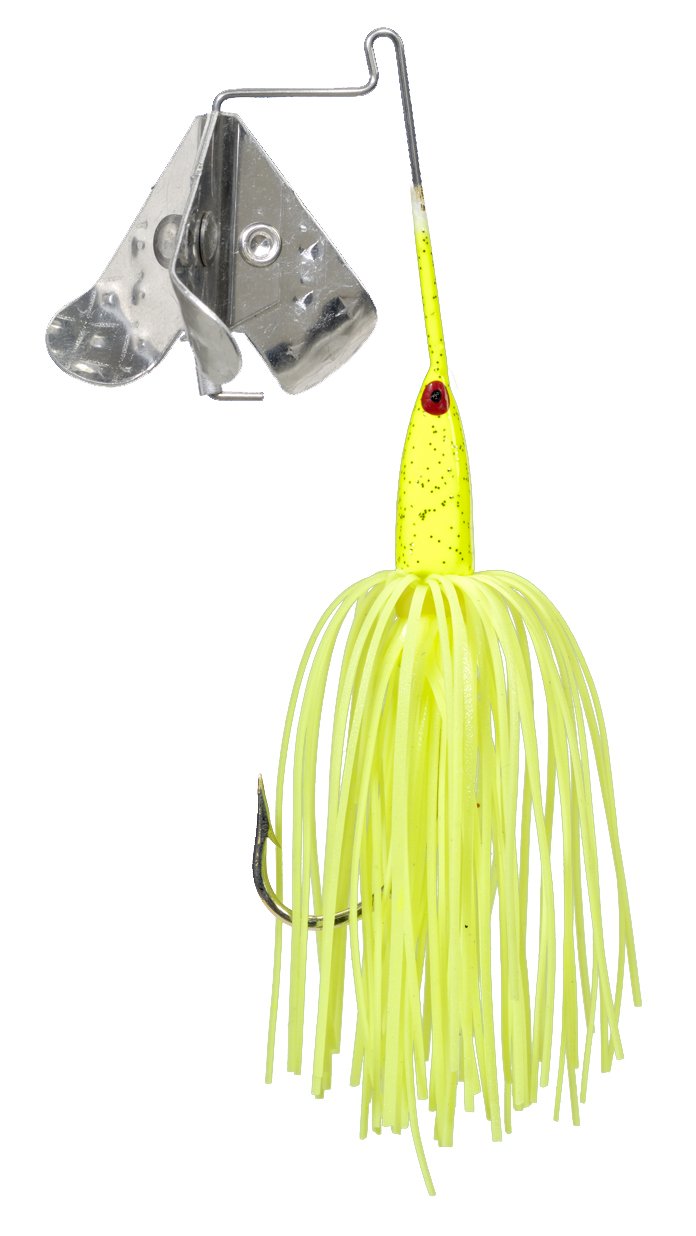 Whenever you’re going after to kick up more water and perform a retrieval at a considerably slower rate, the Strike King Tri-Wing Buzz King Bait should be able to address this need.

It uses a unique, tri-blade and a diamond-pattern prop that offers a different sound and flash as if compared to other traditional buzz props. Meanwhile, slow retrieves are also doable in this reliable, topwater bait. Tri-Wing also comes with an interesting stiff blade that brings about an effective squeak that you can hear even with your farthest cast. This Chartreuse bait is ideal when you’re gunning after a couple of shads!

A Quick Guide to Choosing the Best Buzzbait

When choosing the best buzz bait in the competition now, there are only two things that you must look for: performance and durability. As these lures are expected to nudge against constant bumping with rocks and wood, along with strikes from humongous bass, it is but crucial to choose those that are highly durable. A high performing buzz bait should also be used when it is being cast along those tight areas. Buzzbaits that are deemed to have excellent performance won’t let you waste casts when you’re hitting your prized targets.

So, just how do you spot a great buzz bait in terms of its performance? If this bait is developed by a reputable company, then the chances are high that it must be good. Once you’ve chosen the right buzz bait for your needs, it’s time to know how this lure works. And when you’ve finally got into its nature, you can dive right into the ways of when and where to use it.

When and Where to Use the Buzzbait

Buzzbaits are only suggested to be used in the shallow areas of water and should, and this is important, always remain on top of the water when you’re retrieving it. This is crucial as buzz baits operate almost expectedly when they create significant vibrations and disturbances in the water.

Through these, the fish will be able to detect via the lateral sign system, which is a unique sense organ. Moreover, the fish is known to use this type of water as an extension of their nervous system and should be able to feel it at a distance. With these vibrations, professional anglers know when to throw a buzz bait effectively relative to the time of the day or the year. Mostly, it is ideal to throw a buzz bait at night as more bass feel extra comfortable during this time with some of them traveling from afar just to consume a buzz bait. Bigger bass is likewise expected to be caught during the night. In summer, fishers are suggested to use their buzz baits early in the morning just before the sun rises and when the sun is about to set in the late afternoon. During this time, the water cools down, and the bass moves right from their deeper locations so they can eat in the shallows. Perhaps the best time to throw a buzz bait is during the fall. This is when most bass would spend much time in the shallows with almost all of them present the entire day.

Also, expect a lot of activities from the baitfish swimming right on top of the water column with some jumping right up into the air. Your buzz bait is at its most effective especially when it’s imitating the baitfish.

How to Optimize the Use (and Output) of Your Buzzbait?

The output from your buzz bait can be optimized by a couple of ways: the first and the most preferred is the addition of a trailer to it. In essence, there is no bad or good trailer when it comes to buzz baits; any trailer will suffice and should let you score big time.

However, it is important for you to remember that when you’re using your trailer, it should match the size and the color of the baitfish. So if you’re gunning for a shad, a Chartreuse trailer is best recommended. Adding a trailer hook to your buzz bait is also suggested. This accessory is especially useful if you don’t like to miss opportunities on getting the main bait. The trailer hook that you should add that would serve as a good match is somewhere between the dimension of 2 or 3/0.

Knowing the variations of buzzbaits will also allow you to determine the amount of noise and surface disruption that they produce. All said, this knowledge enables you to know which of them would serve as the best buzzbait depending on your skill level and the output you’re aspiring for whether you’re simply a novice or a seasoned one. There are three types of buzzbaits: the single-prop non-clacker, the single prop clacker, and the double prop. The single pop non-clacker is the most recommended type of buzzbait for beginners.

It has a propeller that spins on the surface; the spinning mechanism is the one that creates an inevitable gurgling, noise and disturbance on the water. This is the best one, too, for calm waters. The second type of buzzbait has a clacker that hangs on a hinge right over its propeller. The eventual clacking noise it develops is deemed as the loudest noise you’ll ever hear from a buzzbait.

These identified buzzbaits are not only my favorites but have also ended up in virtually all the seasoned pros lists for the best buzzbaits in the competition now.

But if there is one product that makes me jazzed up to lure bass more than ever, it would have to be the Booyah Buzz which just works as it should. From its sizing variations down to its attractive sound, it comes as no surprise why everyone is abuzz with excitement when they hear and use this buzzbait.

Do you think Booyah Buzz deserves its top spot? Do you have more tips to share apart from the ones stated above? If so, please feel free to sound them off in the comment section below! Until then, have fun with your newest buzzbait?

Best Fly Line for Trout: Know What are the Prime Picks in 2018