The bluegill fish is a member of the sunfish family. They are referred to as bream, brim, or copper nose. They are indigenous in the waters of North America. They live in rivers, ponds, lakes, and streams.

Most anglers know that starting to fish bluegills is an entry point to a better angling career. For instance, it’s better to practice catching bluegills before you start fishing sea bass.

It’s easier compared to fishing bass and other game fishes so it’s a good choice as your first fishing experience. Also, bluegill fishing is also used as a way to control the overpopulation of bluegills.

But as a starter, I’m sure you are trying to find tips and guidelines that will help you through your angling journey. You are still on the voyage to know when is the best time to fish bluegills and what are the right tools to use.

You don’t have to worry anymore because you have found the answer to what you are looking for. From this point on, we will discuss the basics of bluegill fishing, like what we have mentioned earlier.

So sit back, relax, and just keep reading because we got your cast!

You may have heard from other fishermen and anglers that the best time to catch bluegills is during their spawning season. They are definitely right. During spawning, bluegills are easier to find.

The spawning season of bluegills varies depending on the location. But the best indicator here is the water temperature.

Bluegills spawn in spring, just like most fishes do. Typically, bluegills start to spawn in late May and can extend until August. But the peak of spawning occurs in June when the water temperature ranges from 65F-80F.

As we said earlier, the timing of spawning season may vary depending on your location. In South Florida, bluegills spawn in late February when the water temperature is around 70F.

A Closer Look at Bluegill Spawning 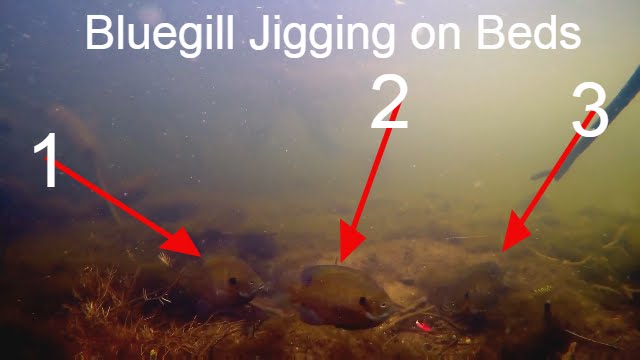 Spawning of fishes has a basic pattern. There is the pre-spawn, spawn, and the post-spawn. The same pattern applies to bluegills. They can spawn at the age of 1, but in some cases, bluegills can spawn as early as 4 months after they are born.

They know that once the spawn starts, they won’t be able to eat anymore for they will be busy guarding their nests. They also need to be more aggressive during the spawning season so they need to store energy in order to be ready.

During this time, bluegills prefer smaller baits. It’s also recommended for you to use a 1/16-ounce jig. Bring a wide variety of baits for they can be skittish at these times. You can also skirt weed beds, as they mostly lurk around these areas.

They usually appear as dark spots. So it’s easy to find them. They build their spawning beds where they think it’s safe. They tend to nest in areas like quiet bays, protected flats, and backs of feeder creeks.

They usually prefer flat, sandy areas, but many prefer places that are covered with lily pads or sparse brush. Female bluegill then approaches. The male bluegill will start circling and make noises. These noises attract the female.

Usually, female bluegills choose male bluegills with large size and large ears. Once the female enters the nest, she will start circling together with the male, and if the female stays, it’s time to reproduce. Their bellies will touch.

Then, they’ll quiver. This how you know that they are spawning. The fertilization happens externally. The females lay eggs, and the male releases sperm that unites with the eggs. Usually, the bigger the female, the more eggs it can lay.

1Get your baits as close as you can to the spawning beds. Male bluegills are extremely aggressive during this season, and they will most likely attack whatever comes near their nests.

2During this season, a sudden gush of cold weather can happen. This affects the bluegills. They will less likely bite into your baits.

In order to catch their attention, you have to irritate them. To do this, you can attach a spinner to your rig and cast it near their nests. This will create reverberations and water movements that can alert and trigger them.

In the last stage of their spawning, female bluegills leave their eggs to the male bluegills. The males aggressively guard their nests until the eggs hatch and the little fishes are ready to swim on their own. 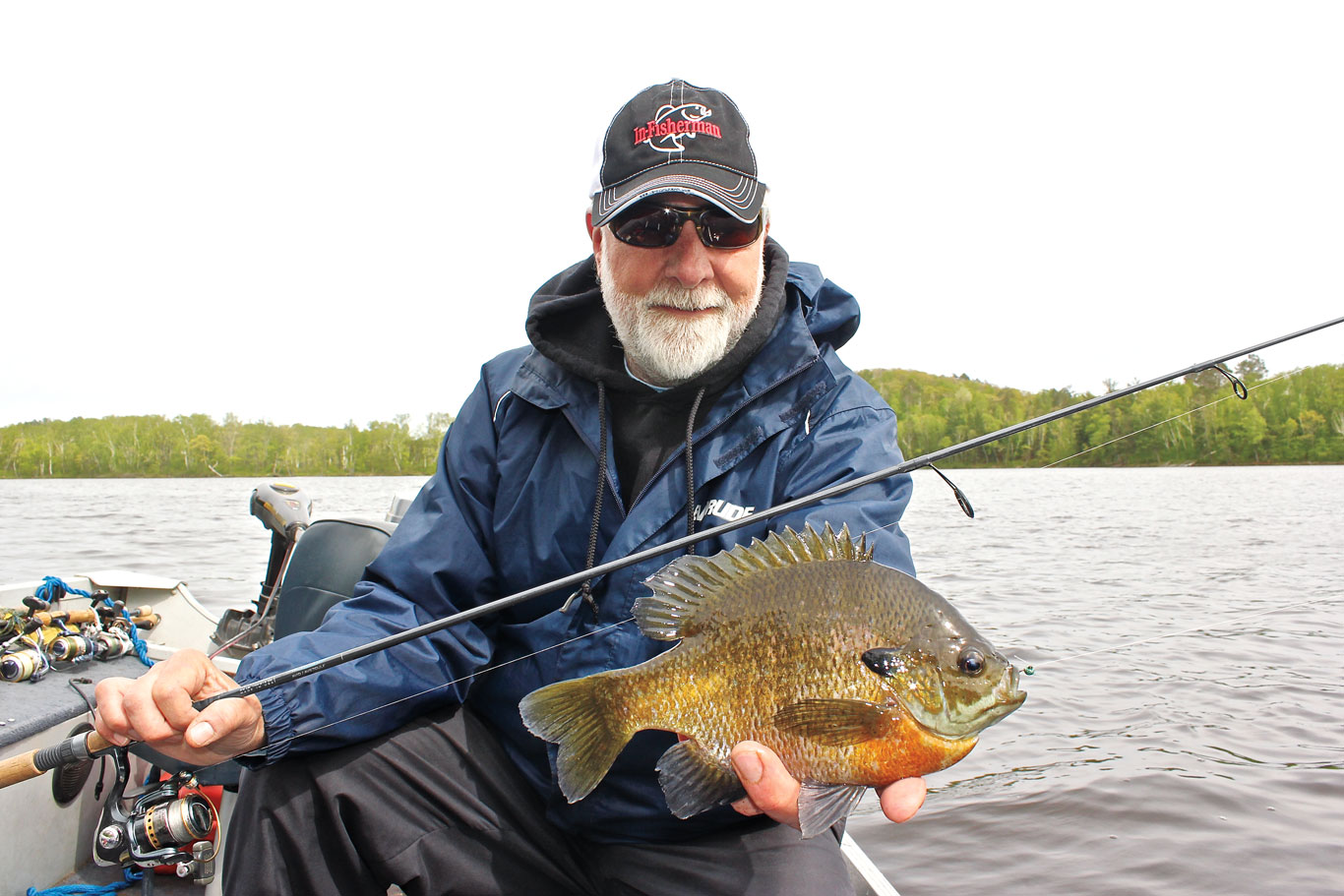 1. Use small and lightweight rods when fishing for bluegills. Heavy lines usually spook the hell out of them. But the most important thing is that light lines make it easier for you to cast smaller baits.

3. Bluegills are hungriest during dusk and dawn.

4. They mostly bite on baits with bright colors like orange, yellow, green, and red.

Bluegill fishing is a little easier than sea bass fishing. With these guidelines and tips, we know that you are more ready than ever to go on your own! We hope that you find this information useful for your bluegill-fishing journey.

Share this to your family and friends on Facebook! We also would love to know how your bluegill fishing would go so feel free to send us a message anytime!

Feel free to comment if you have questions or clarifications. See you again next time!